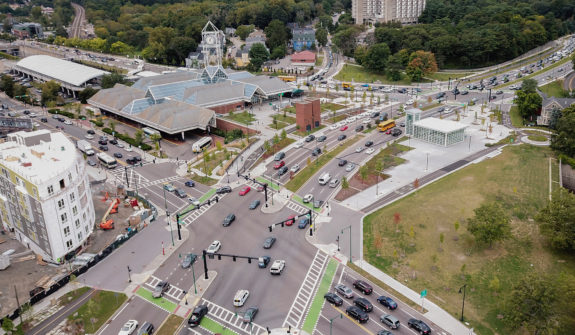 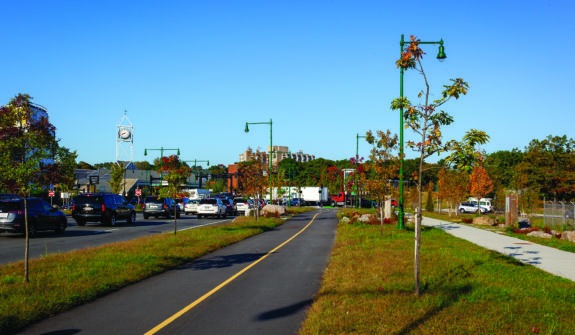 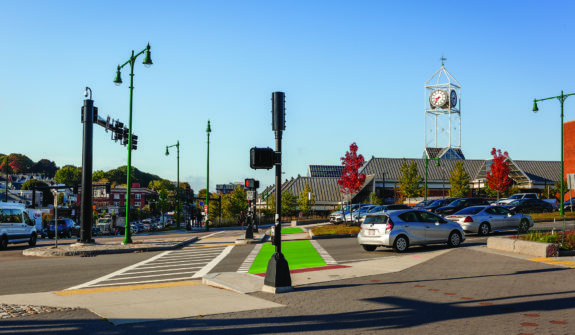 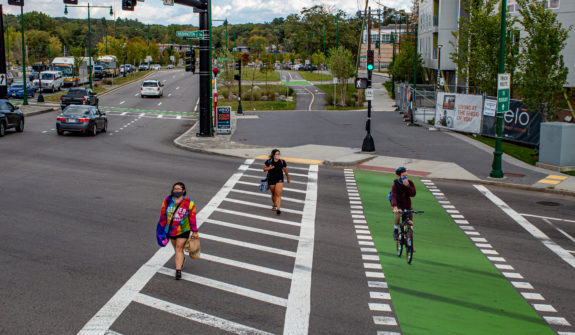 The overpass carries Route 203, locally known as the Arborway. As a primary east-west connecting route in the area over Forest Hills, the Casey Arborway is a major commuter hub with north/south roadway, bicycle, pedestrian, and transit connections. In March 2011, the Massachusetts Department of Transportation (MassDOT) gathered an interdisciplinary team of engineers, planners, and urban design professionals to determine how best to replace the structurally deficient overpass.

Through continued attention to detail, HSH guided the project through the planning, engineering, and construction. The result is the de-elevation of the original arterial roadway and the birth of a tree-lined boulevard and progressive network of at-grade streets. The context-sensitive design addresses both human scale and capacity needs. Once the project went to construction, HSH provided construction phase engagement, including public information meetings, detour graphics, regular construction look-ahead updates, and response to community inquiries and complaints. Throughout the construction phase, HSH was called on to oversee major flyer campaigns to address major traffic changes and intersection closures.