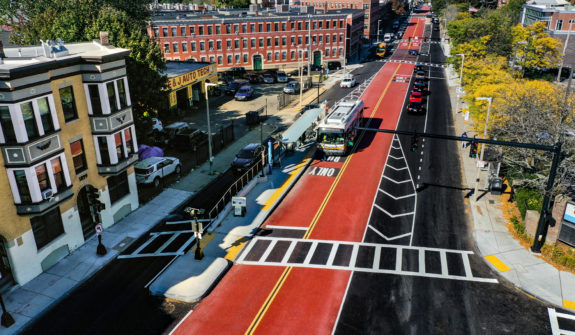 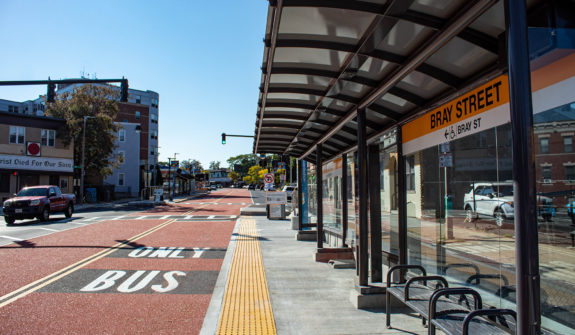 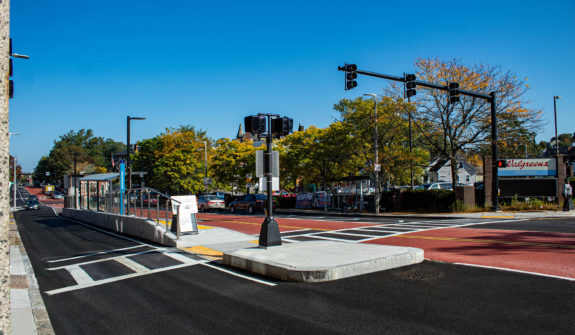 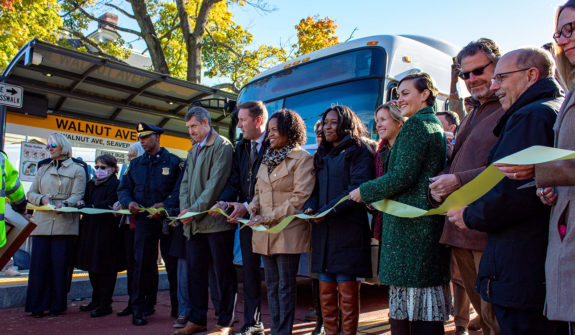 The Massachusetts Bay Transportation Authority (MBTA), in partnership with the City of Boston, developed a plan for New England’s first center-running bus lanes from the intersection of Walnut Avenue to Jackson Station (nearly one mile). The project makes investments in transit equity, improves bus travel times and reliability, increases passenger safety, and provides ADA-compliant features at the new platforms and thorough the corridor. These center-running bus lanes eliminate conflicts with automobile traffic in the area, and benefit bus riders, pedestrians, and the neighborhood as a whole. Buses operate in the center lanes of the streets, a design that transit experts have long championed as the best way to move buses most efficiently and effectively in congested roadways. The project incorporates elements of Bus Rapid Transit (BRT) as well as Bus Transit Priority technology. These upgrades result in less crowding on the buses and faster, more reliable trips (riders save four to seven minutes along the corridor) in a post COVID-19 world. The $13M project was designed, permitted, and constructed in less than 24 months.