The annual NACTO conference is a time for public and private transportation professionals from around the globe to be inspired by big picture, direction-setting conversations about the transportation industry. As in past years, there was a strong focus on equity in planning and design, including speaker Desiree Williams-Rajee, owner of Kapwa Consulting, who walked us through a compelling case for why equity practice is imperative for people who work in government. We were greeted at the outset of the conference by Elder Cat Criger of Cayuga Nation, for recognition of the land and a call to rethink how we interact with our built and natural environment. For me, transportation is such an exciting field to be in because of the growing recognition and momentum toward intersectional thinking and understanding that mobility, accessibility, equity, sustainability, livability, health, and economic vitality, among others, can each be seen through the lens of the transportation system.

Taking these big ideas and then distilling them down into the geekdom of panel discussions, workshop, and on-the-ground walking tours with like-minded professionals is another area where NACTO shines. I was fortunate to join a Walkshop on the King Street Transit Pilot that has transformed the light rail operations on this high-volume corridor. I heard about new NACTO guidance for continuing bicycle facilities through intersections, and participated in a workshop on best practices for fitting transit priority and quality bike network links in limited space where we dove into the weeds, despite some lighthearted confusion when it came to converting between metric and Imperial on the spot.

With the all enthusiasm for a more perfect transportation system and the rooms full of experts, it might come as a surprise one of the key lessons I have taken away this year is to not let perfection stand in the way of “good.” Take, for instance, a speed reduction campaign in Bogota, Colombia. With time running out before elections and speed-related deaths occurring daily, City staff paused on trying to find the perfect solution, going ahead and implementing a quick roll-out speed reduction media campaign. This was followed by reduced speed regulation signage on a key corridor and some police enforcement; no design changes were made. The campaign has seen significant and, thus far, prolonged reductions in vehicle speeds. Moreover, it has introduced a political precedent of taking safety seriously that may actually be harder to roll back than an infrastructure change.

Flexible projects allow for iterative improvements; a project doesn’t need to be perfect from the outset to be successful. The King Street Transit Pilot is an example where the project relied on a pilot process to build up to a more permanent solution that has been tested and tweaked. HSH has also had success with this approach working with the City of Boston on placemaking and traffic calming at Tontine Crescent Plaza. The theme of getting something on the ground that is “better” than existing conditions instead of delaying in the quest for perfection was also reiterated during the transit priority and bike facility workshop. I will take the lesson of seeking “good” over perfection not as justification to gloss over important issues or difficult conversations but as a call to action to make consistent progress, step by step. 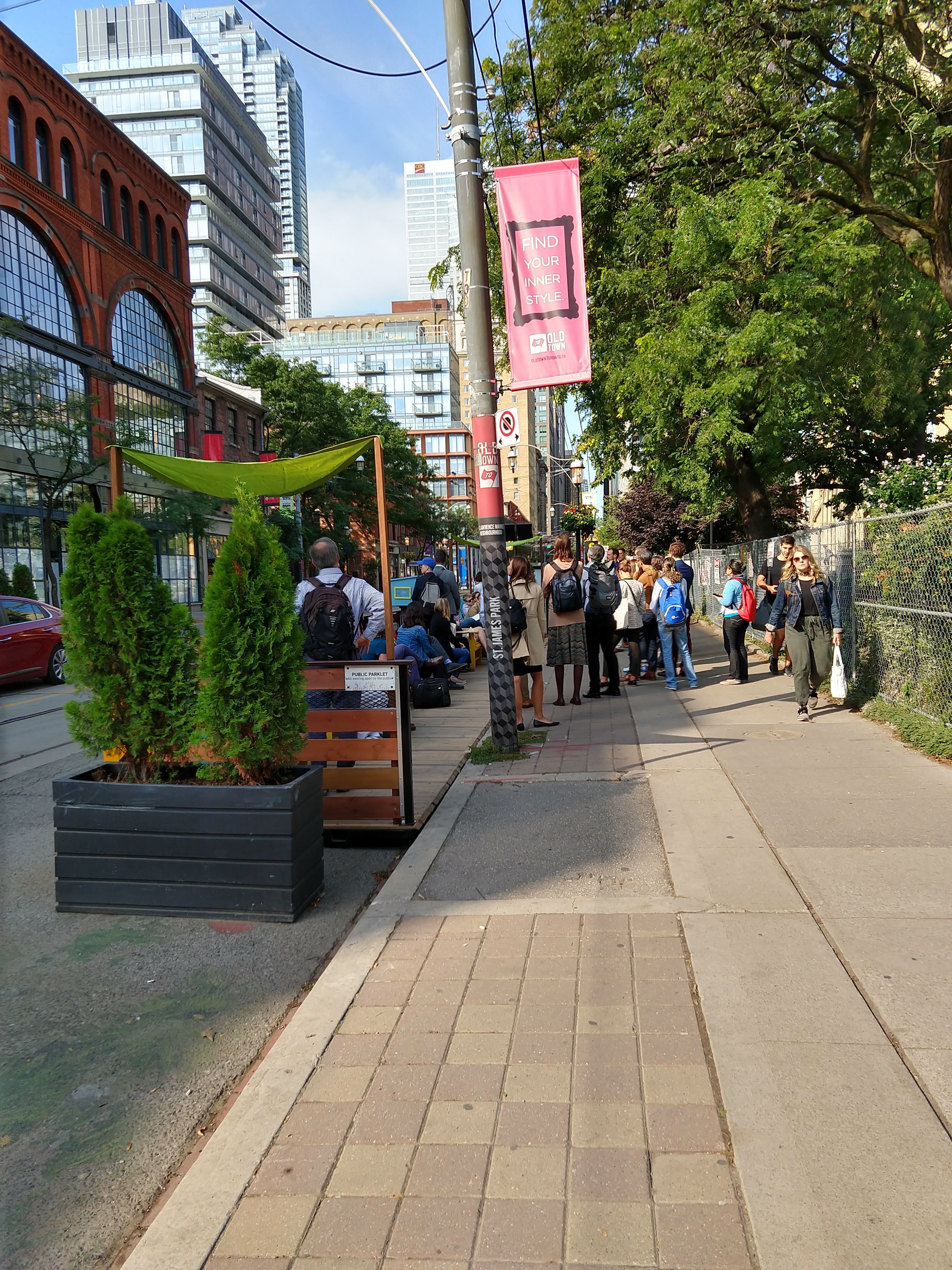 In its second year, the King Street Transit Pilot has implemented semi-permanent design elements that will eventually be permanent installations.