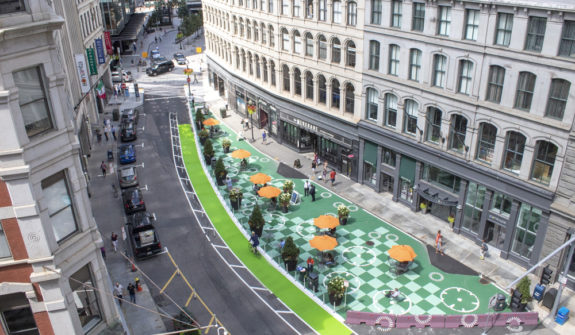 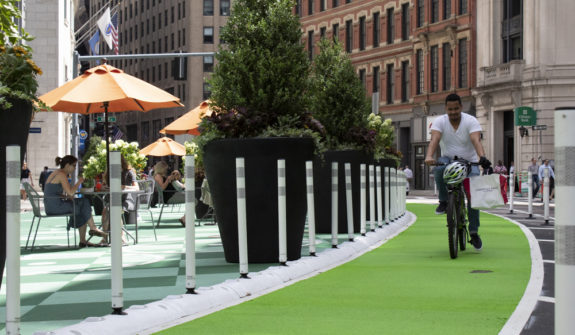 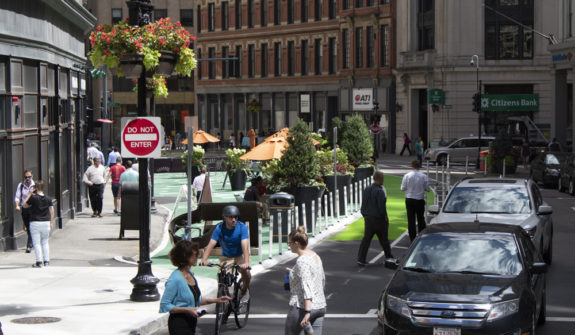 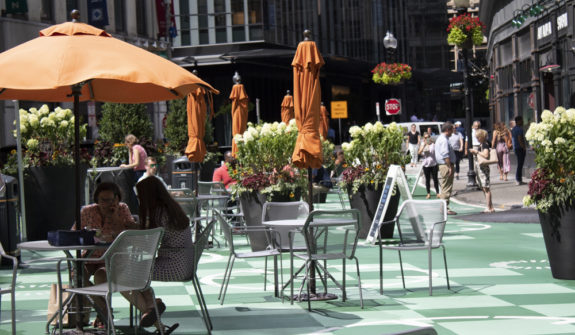 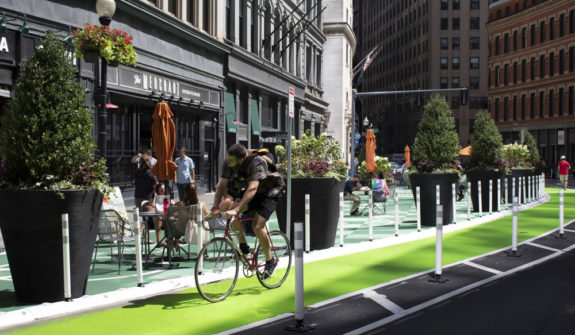 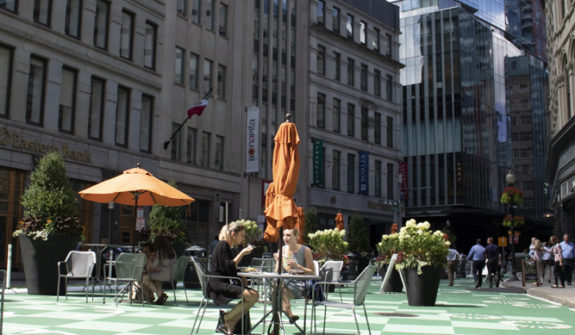 HSH designed a transformative project, creating public space from the currently underutilized streets in an area called the Tontine Crescent, harking back to its original design and usage 100 years ago. It involved replacing vehicular Right of Way with new public space and bicycle accommodations. During the last 14 years, HSH has played a major role in the development of Millennium Tower at Downtown Crossing from permitting through construction. In collaboration with HSH and the City, the developer implemented a tactical pedestrian intervention plan in 2018, installing temporary curbing, planters, and barriers to create a public space within the existing roadway, as well as placing bollards as bump outs and applying new pavement markings for bicycle and vehicular operations.

This interim trial plan was designed with a final built condition in mind as with permanent materials in place including granite curbing, a raised cycle track, new traffic signal equipment, wheelchair ramps, granite seatwalls and planter beds, tree pits in the sidewalk, and a pedestrian plaza with granite pavers, tables, chairs, and bicycle racks. The project was completed in summer of 2020.