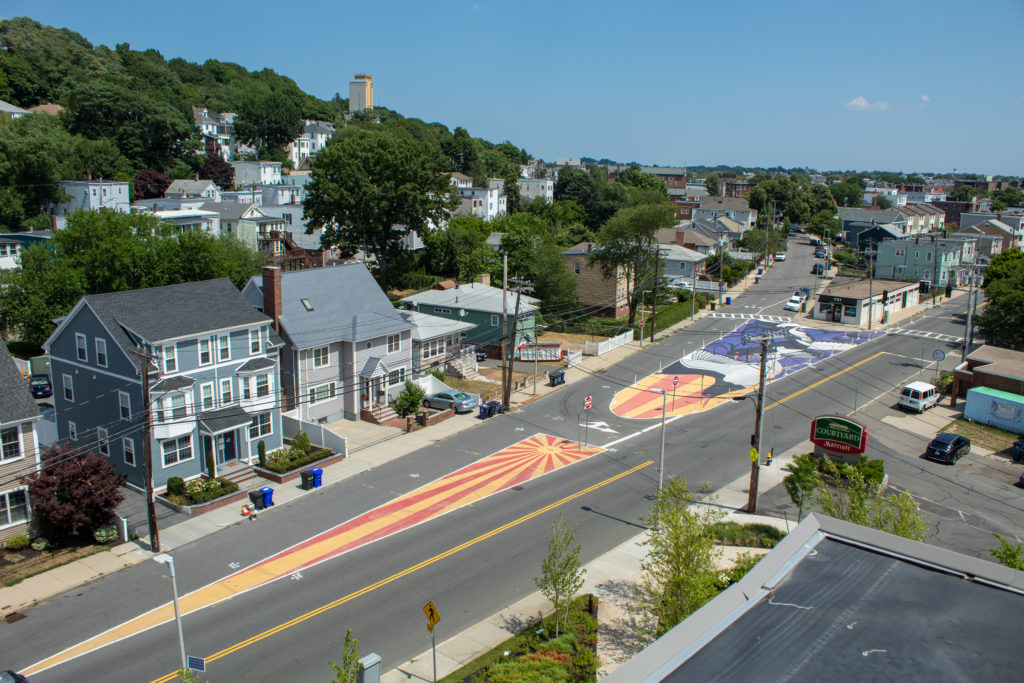 HSH developed a low-cost, quick-build design to calm traffic and realign an unsafe and confusing intersection. In coordination with City of Boston staff, HSH engineers produced three concept design alternatives that utilize pavement markings, delineators, and signage to achieve the project’s goals. The three concepts were brought to the public for feedback via an abutters meeting and a public information meeting. The public showed the greatest support for an alternative that calms traffic and improves operations while maintaining very similar operations to existing conditions. Based on this feedback, HSH further refined the preferred alternative to ensure that it enhances the character of the surrounding community.

The developer also recruited a local artist to develop a design for a street mural that will be painted in the repurposed space delineated by traffic separators and flex posts. This design allows for the previously underutilized space created by the atypical angle of the intersecting streets to be used for bike parking, a parklet, planters, or some other public amenity. It also narrows some of the travel lanes going through the intersection to reduce vehicle speeds and channels turning vehicles to one turning lane to better organize traffic flow.