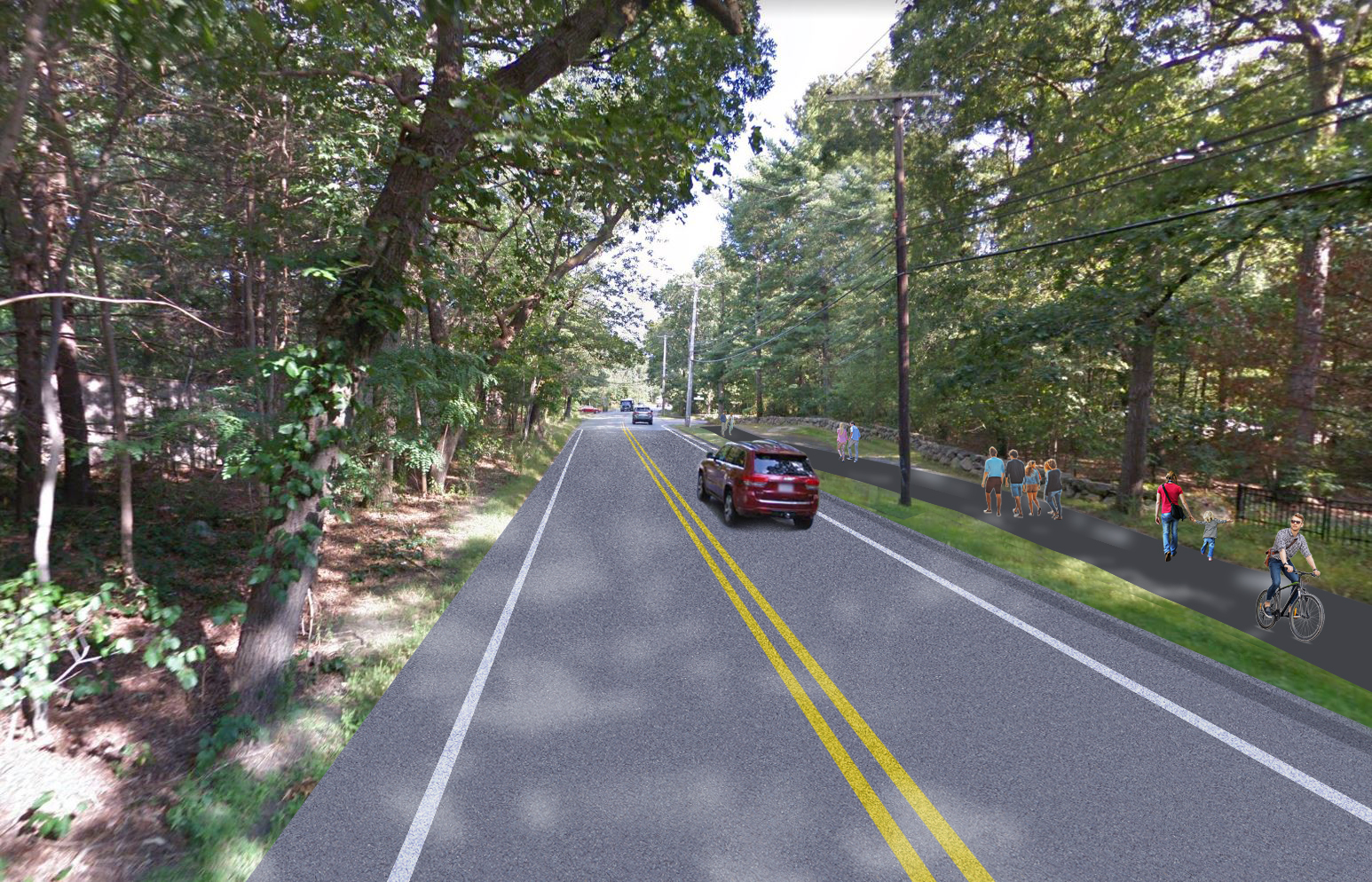 HSH is currently designing safety, multimodal, and operational improvements for the entire 3.7 mile length of Route 30, from Newton to Natick. This is a heavily traveled road for commuters and is in need of sidewalks and bicycle accommodations.

Working closely the Town, the Traffic & Sidewalk Committee (T&SC), the Board of Selectmen, and abutters to the project, HSH has developed a plan that will address the Complete Streets needs of the corridor.  Central to the plan was a discussion comparing buffered bike lanes versus a shared use path.  The project received unanimous support from the Board and the project has now advanced to the 25% design stage.