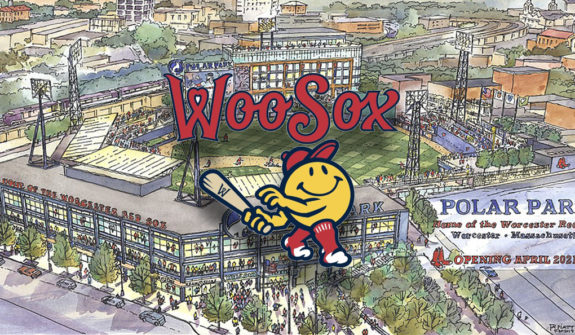 Since the groundbreaking ceremony on July 11, 2019, considerable progress has already been made on the construction of Polar Park in Worcester. The site, which once held under-utilized parking lots, industrial buildings, and vacant land has been razed. Excavation continues as dirt and gravel are transported off and away from the site. Work on the ballpark will continue into the cold months; the contractor has already begun pouring concrete for the foundation and insulating it from the cold. In February the contractor expects the steel to start going up!

The Worcester Red Sox has revealed the name and logo for the Triple-A affiliate of the Boston Red Sox coming to Polar Park in Worcester in 2021. Fans suggested more than 200 unique, Worcester-inspired nicknames for the team. On Monday, November 25th, it was announced that with the PawSox moving from Pawtucket, Rhode Island to Worcester, Massachusetts they would take on the nickname the “WooSox”. Accompanying the nickname is a new logo featuring “Smiley Ball,” a yellow smiley face wearing red socks, and the nickname “WooSox,” with a heart inside the cursive “W.” The logo honors Worcester resident Harvey Ball who designed the smiley face in 1963 as well as Worcester’s motto:  “Heart of the Commonwealth.”

Read more on what HSH is doing for Worcester’s Polar Park. 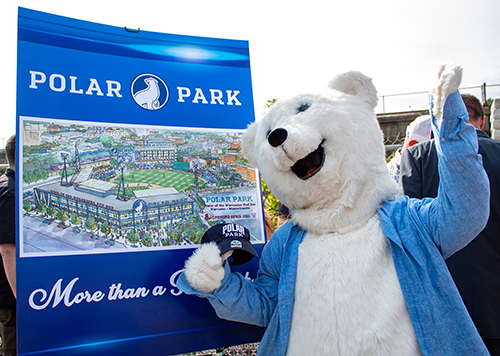