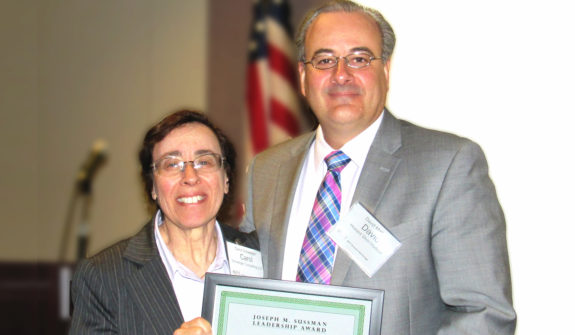 Dave Matton, Principal of Public Infrastructure, was privileged to be noted as the Joseph M. Sussman Leadership award winner at the NE ITS Annual Interchange Conference. The Award recognizes an individual who focuses and leads engineering excellence in the Intelligent Transportation Systems arena.

Dave joined Mass ITS in 2010, and had been the treasurer for five years. When Mass ITS merged with the other New England States at the end of 2015, Dave became the first NEITS President, and still serves in that role.  Dave said “I am honored to be receiving this award for my work at NEITS. I am happy to part of such a wonderful organization during these exciting and evolving times in transportation.”

Dave offers over 25 years of experience helping federal, state, and municipal clients solve complex traffic challenges. He specializes in traffic signal design and has overseen the design, optimization, and/or coordination of over 300 traffic signals across the City of Boston, as well has having led the traffic design of some of the Commonwealth’s most high-profile transportation projects. 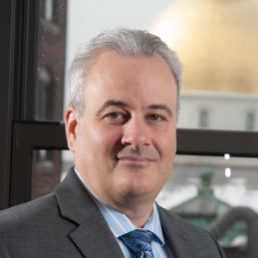