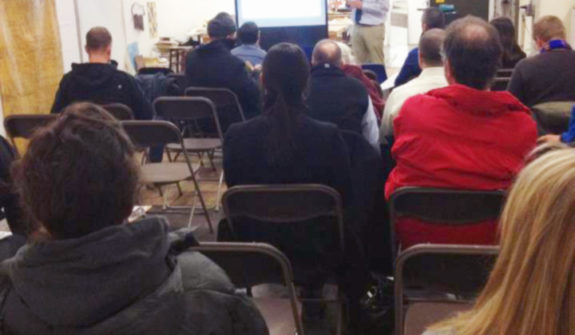 Mike, Planet Southie, and Boston Bikes met on Monday, February 11th at Boston’s City Hall to discuss the major routes outlined for improvement. Mike and Nicole reviewed his detailed plans page by page, which included ideas for improvements to bicycle infrastructure, pedestrian accommodations, motorists, and streetscape enhancements for each intersection along Broadway.

Although the cost of this project could be in the millions, Boston Bikes is optimistic that with the aid of Mike and Planet Southie’s work, temporary measures can be taken to improve roadway conditions for cyclists while waiting for the availability of bigger urban renewal funding to assist with this large project.