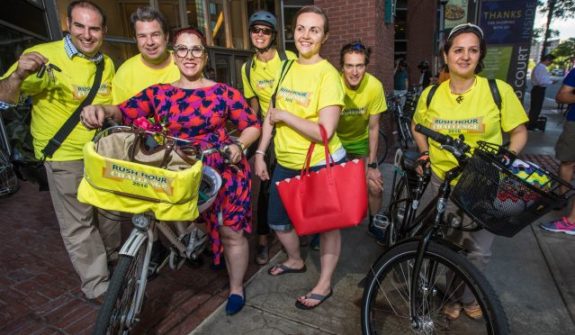 What’s the fastest way to get from Downtown Boston to Somerville during rush hour? 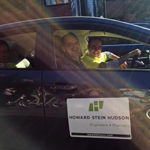 Mark Gravallese (driving) at the starting point of the Rush Hour Challenge.

Last Monday, the Somerville Bicycle Committee, the Boston Cyclists Union and Livable Streets Alliance hosted the race that challenged different modes of transportation to travel from Park Plaza in Boston to Davis Square in Somerville.  The modes of travel included: bike, car, running, walking, the MBTA, Subway, or an electric pedal assist bicycle.

Howard Stein Hudson was delighted to participate and sponsor the event.  Mark Gravallese, our Manager of Public Infrastructure, represented drivers for the second year in a row.  Mark came in in sixth place.  The race finished with the Electric Pedal Assist Bike in first place, the regular bike next, then the Hubway bike, followed by the runner, MBTA rider, the car and finally the walker.

The race was featured on both the Boston Globe and WGBH.

The evening wrapped up with a wonderful event organized by MassBike at Redbones. 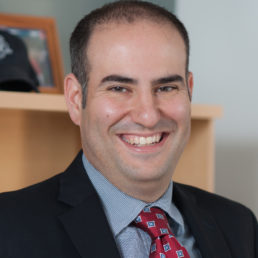