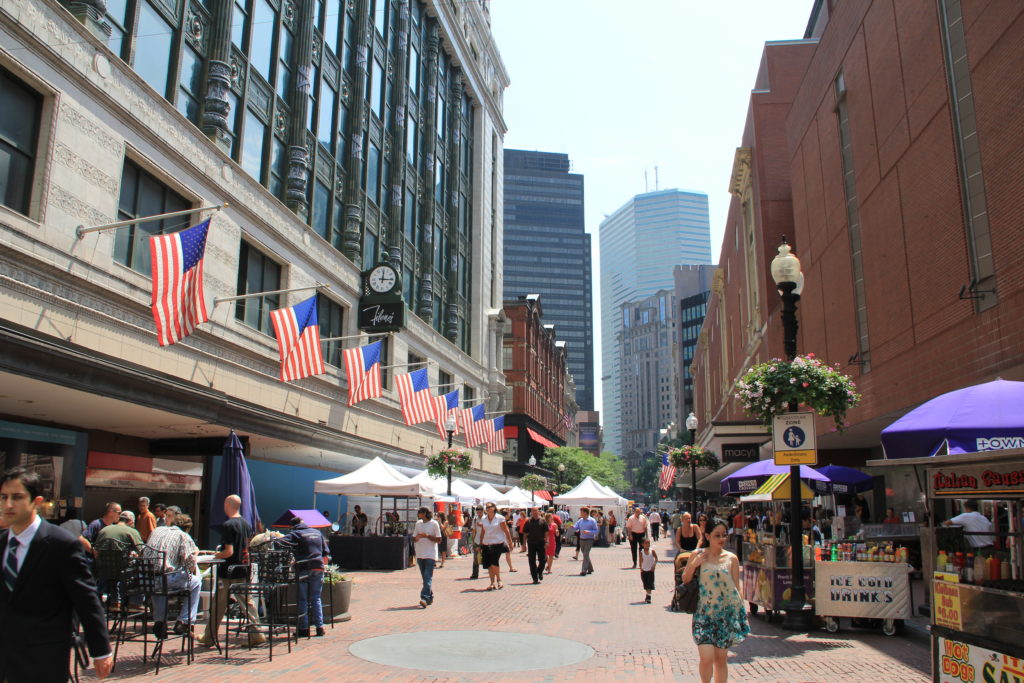 HSH’s applied our deep understanding and knowledge of pedestrian environments when the Boston Business Improvement District (BID) asked for help reducing illegal vehicle incursions into the pedestrian zone. Existing movable bollards with regulatory signage were not effective, and the cost of maintaining mechanical retractable bollards was prohibitive. Retractable bollards also did not coincide with the BID’s vision for the neighborhood. The BID is just one player in a complex ecosystem of developers, business owners, residents, and the general public. Downtown Crossing is a focus for the entire City; any solution would need to be supported with data and a collaborative approach.

Using state-of-the-art sensors to count pedestrians and identify vehicles as well as a technique for studying public life imported from Northern Europe HSH gathered an unprecedented amount of data and gained a clearer understanding of the problem. A framework was created for talking about how each element of every street influences behavior, and that framework was tested in the field. The experiment reduced private and commercial vehicle incursions by 24 percent, and the results point to a further redesign of one intersection in the zone that could reduce traffic even more for a modest cost.